The Freshman book is an interesting and stimulating read embedded in the Freshman Experience at the University of the District of Columbia. We invite you to read the book during the semester and participate in robust discussions in and out of the classroom. Explore the themes in your mind. What do you think? What are your opinions? What would you like to ask your new classmates or professors?

We urge you to approach the Book Series discussions in the spirit of openness and the delight of discovery. This is a unique and valuable opportunity to challenge yourself, share your ideas, learn about different viewpoints and meet and engage in dialogue with your classmates and a university faculty member or other member of the university community. There are no right or wrong answers, diverse viewpoints and perspectives will be encouraged and respected. The more involved you choose to be, the more you will take away from this experience.

Learn more about the program here. 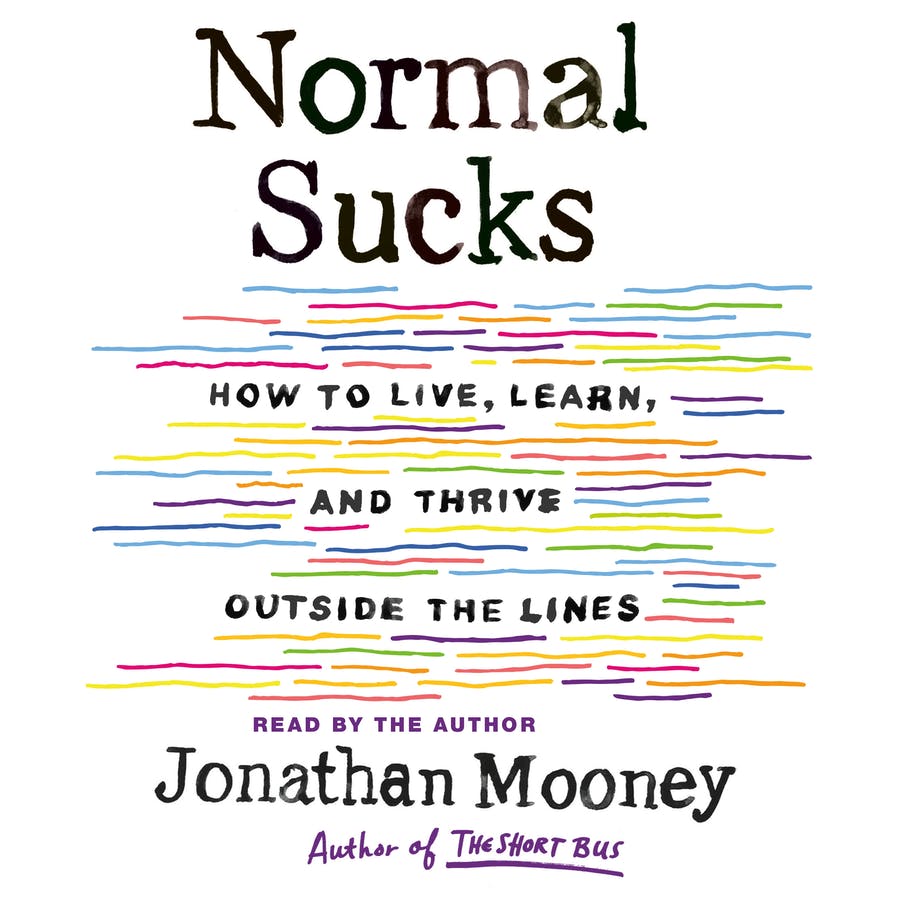 The Freshman book selected for the Class of 2026 is Normal Sucks: How to Live, Learn, and Thrive Outside the Lines by Jonathan Mooney.

Confessional and often hilarious, in Normal Sucks a neuro-diverse writer, advocate, and father meditates on his life, offering the radical message that we should stop trying to fix people and start empowering them to succeed.

Jonathan Mooney blends anecdote, expertise, and memoir to present a new mode of thinking about how we live and learn—individually, uniquely, and with advantages and upshots to every type of brain and body. As a neuro-diverse kid diagnosed with dyslexia and ADHD who didn't learn to read until he was twelve, the realization that that he wasn’t the problem—the system and the concept of normal were—saved Mooney’s life and fundamentally changed his outlook. Here he explores the toll that being not normal takes on kids and adults when they’re trapped in environments that label them, shame them, and tell them, even in subtle ways, that they are the problem. But, he argues, if we can reorient the ways in which we think about diversity, abilities, and disabilities, we can start a revolution.

A highly sought after public speaker, Mooney has been inspiring audiences with his story and his message for nearly two decades. Now he’s ready to share what he’s learned from parents, educators, researchers, and kids in a book that is as much a survival guide as it is a call to action. Whip-smart, insightful, and utterly inspiring—and movingly framed as a letter to his own young sons, as they work to find their ways in the world—this audiobook will upend what we call normal and empower us all.

2021-2020: Born a Crime: Stories From a South African Childhood by Trevor Noah

2016-2017: FLAWD: How to Stop Hating on Yourself, Others, and the Things That Make You Who You Are by Emily-Ann Rigal and Jeanne Demers